A photo of an 8-year-old Neanderthal who lived more than 30,000 years ago has been revealed

Scientists have reconstructed the face of an eight-year-old Neanderthal who died more than 30,000 years ago, using a skull initially found in the Teshik-Tash Cave in Uzbekistan in 1938.

The image is the first 3D restoration of a Neanderthal skull fossil, which reveals that the young boy had a small, upturned nose that sunk into his face.

This fossil is the first Neanderthal fossil discovered in Asia, and it is the only complete Asian Neanderthal skull fossil preserved so far.

The team, led by China’s Jilin University and Russia’s Moscow State University, believes the restoration shows the facial shape of prehistoric humans in Eurasia and displays the morphological characteristics of Neanderthals in Central Asia.

The image reveals that the little boy had a small, upturned nose that sunk into his face

The skull, dubbed Teshik-Tash 1, was found in a shallow pit inside the cave, along with five pairs of Siberian antler cores and bird skeletons.

This suggests that he was buried ritually.

However, it wasn’t until 2021 when researchers from the Max Planck Institute determined that the boy was a Neanderthal.

The team analyzed the frontal bone of the skull, indicating that its shape was identical to that of earlier Neanderthal skulls.

By an estimated age of eight years, the child was physically mature enough to show the characteristic characteristics of a Neanderthal, such as a large face and nasal area, long and low cranium, a lower jaw without a chin, and mature brow ridge.

The original skull was reconstructed from about 150 fragments.

The team uploaded scans of the skull and filled in the missing pieces, allowing them to digitally overlay muscle, skin, and finalize the boy’s facial features.

“Fossils of Neanderthals, an extinct relative of modern humans, were first discovered in the Neanderthal Valley in Germany and were widely distributed across Eurasia,” team leader at Jilin University Zhang Quanshao told Xinhua.

It was long thought that Neanderthals roamed the landscapes of Europe only during the last ice age, but a 2015 University of Washington study revealed that they may have spread east and lived alongside modern humans there for longer than previously thought.

Analysis of traces of Neanderthal DNA found in the genomes of modern humans has shown that people in East Asia carry 15 to 30 percent more Neanderthal DNA than Europeans.

University of Washington geneticist Joshua Ackie and his colleague Benjamin Vernot analyzed the distinct patterns in the DNA of 379 modern Europeans and 286 contemporary East Asians from China and Japan. 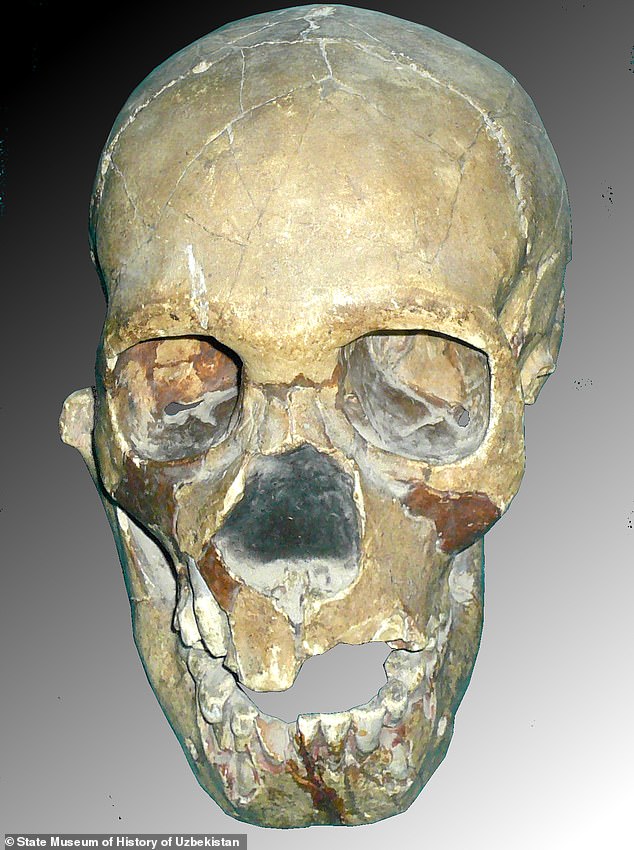 The skull was initially found in the Teshik-Tash Cave in Uzbekistan in 1938, and it wasn’t until 2012 that the boy was confirmed to be a Neanderthal. 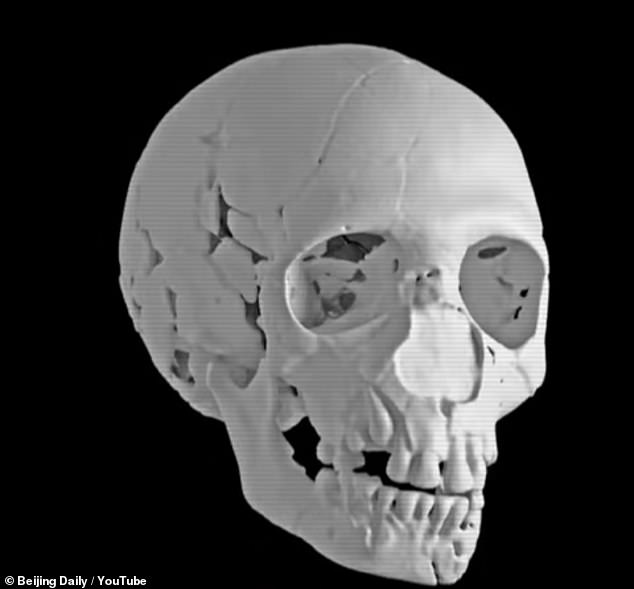 The team uploaded a scan of the skull and filled in the missing pieces. The skull was found in pieces, but scientists have put it back together

Using computer models, they attempted to simulate how the mixtures of Neanderthal DNA seen in the genomes of Europeans and East Asians might have occurred.

They concluded that one theory — that modern Europeans interbred more with populations from Africa to reduce the Neanderthal DNA they carried — is unlikely.

Instead, they found that the ancestors of East Asians were more likely to have been born with Neanderthals more than once. 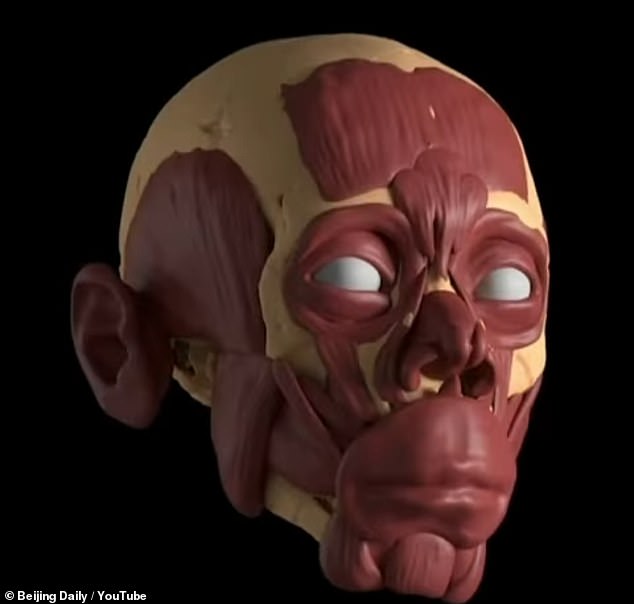 After disassembling the skull with technology, the team was able to overlay digital muscles and skin

“One thing that complicates these analyzes is the fact that humans have been constantly migrating over the course of their history — and that makes it difficult to say exactly where interactions with Neanderthals occurred,” Vernot said.

It is possible, for example, that all interbreeding with Neanderthals took place in the Middle East, before the ancestors of modern non-Africans spread across Eurasia.

In the model from the paper, the ancestors of all non-Africans interbred with Neanderthals, then split into multiple groups that later became Europeans, East Asians. 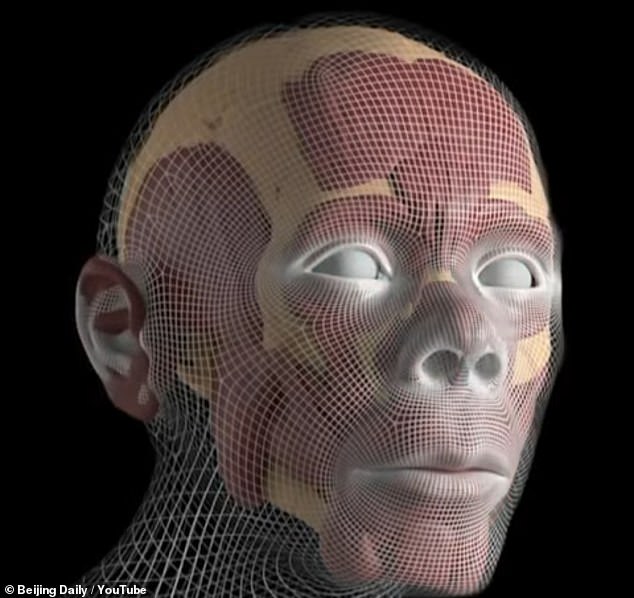 The skull was also the most eastern extension of hominin finds outside the Levant. The team believes the restoration shows the shape of the face of prehistoric humans in Eurasia and displays the morphological characteristics of Neanderthals in Central Asia.

Soon after they separated, the East Asian ancestor interbred with slightly more Neanderthals.

“The important thing is that we show that we haven’t met Neanderthals once in our history – it seems we’ve met them many times.

“But as we are able to look at individuals from more and more populations, we hope to get a better idea of ​​where our ancestors may have been, and where they might have interacted with Neanderthals.”