How to end an endless debate

A long running discussion between reader JohnH and everyone else on this site involves (1) 2015 UK inflation, and (2) real wages, with JohnH quoting from various documents. I thought it would be useful to get the data myself to solve the question. Here are three graphs, for the consumer price level, year-over-year inflation, and the CPI wage deflation.

Both the Consumer Price Index and the HICP Index were higher in 2015M12 than they were in 2014M12. One can see this same information conveyed in a different way by looking at annual inflation values ​​for 2015m12. 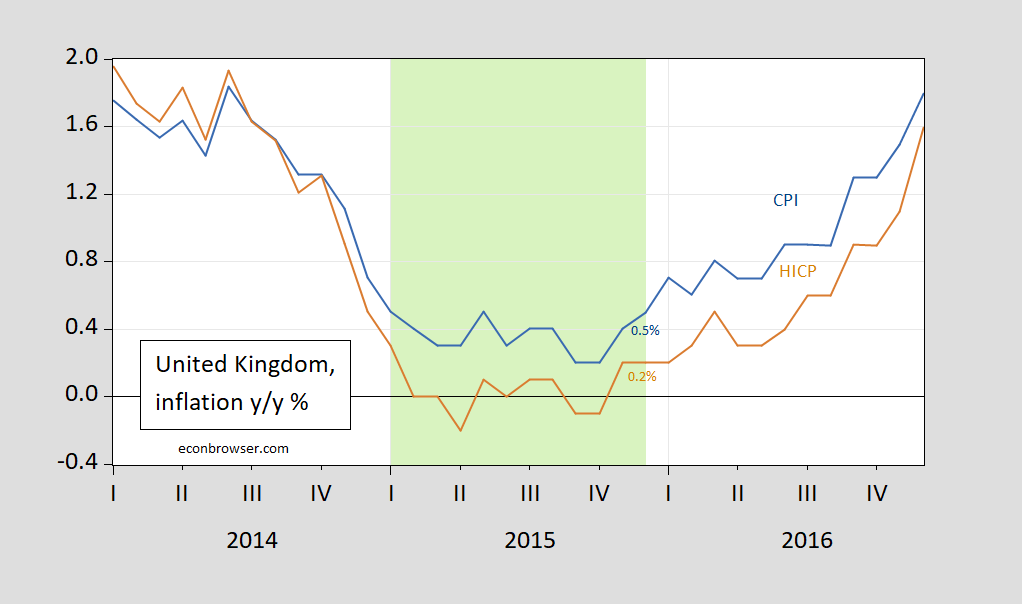 Therefore, year-over-year inflation was neither zero nor negative in 2015, although individual months may have posted a negative morning/month reading.

What about real wages? took the OECD measure of average hourly wage in the private sector (2015 = 100), and 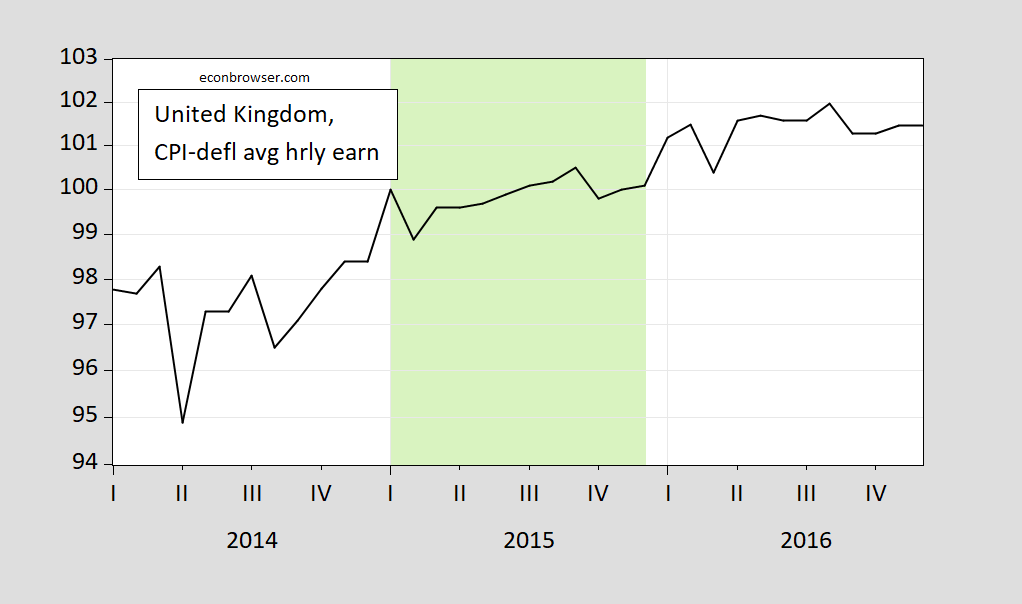 I might venture to guess that real wages rose because the output gap almost halved from 2014 to 2015 (according to IMF estimates of world economic sentiment). Note that inflation was much higher in 2016 (1.8% CPI year over year), yet real wages increased by 1.3%.

While real wages rose in 2015, ignoring the longer term data can mean one can take the increase out of context. This is real wages over a period that includes the start of Cameron’s austerity measures. 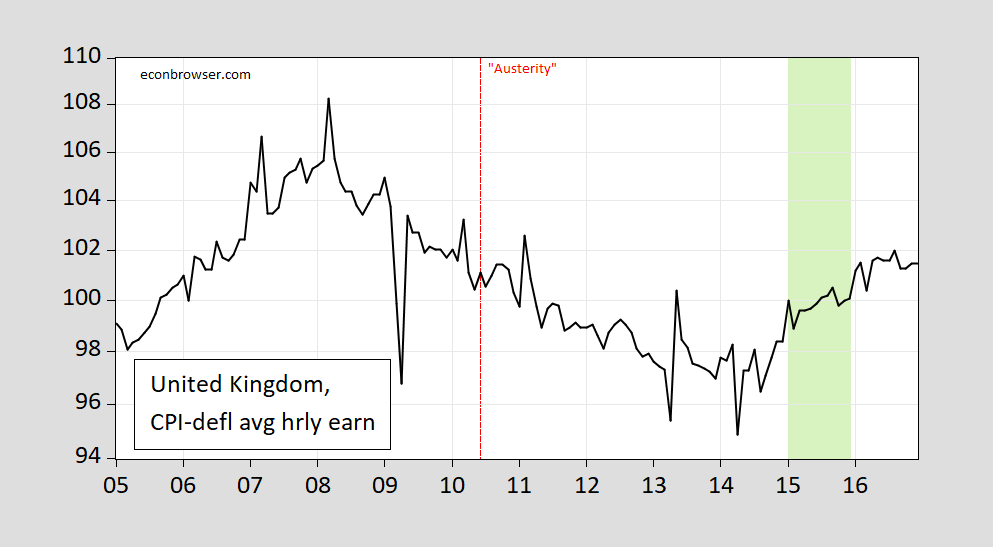 By the end of 2015, real wages had fallen by 1% compared to the announcement of specific austerity measures in June 2010,

Bottom line: Instead of citing endless numbers (say, year through September), look at the high numbers themselves. You can find almost anything you need in one of the resources listed on this blog,” Data Source Compendium [Updated]”.