Summarizing the arguments: recession in July?

Despite last week’s Q2 GDP release showing growth contracting for the second consecutive quarter – faltering the general rule that two quarters of negative growth constitute a recession – we don’t think the US is officially in a recession. We note that the indicators that the National Bureau of Economic Research (NBER) puts the most weight to determine monthly and quarterly business cycle peaks have continued to increase, as GDP rose in the first quarter and nonfarm payrolls continued to grow at a rapid pace. While labor market data has historically lags behind other economic indicators, we find that it would be historically unusual for the labor market to appear as strong as it currently is even at the start of a recession. We see second-quarter corporate financial results and management guidance as providing further evidence of continued economic expansion in the second quarter, and we also view the message from credit market fundamentals as reassuring. However, growth has slowed significantly, and as a result we continue to expect the Fed to slow the pace of tightening from here, leading to a 50 basis point rise in September and a 25 basis point increase in November and December.

To summarize, here are the main indicators tracked by the NBER Business Cycle Dating Committee, as well as IHS Markit’s monthly GDP (formerly Macroeconomic Advisors, series followed in previous BCDC documents) in Figure 1, GDP and GDO in Figure 2, and Weekly frequency in Figures 3 and 4. 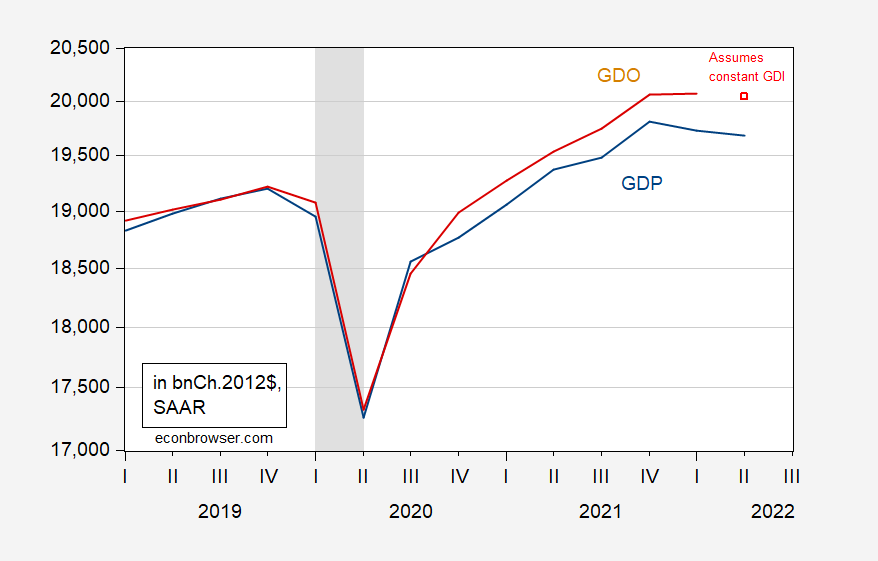 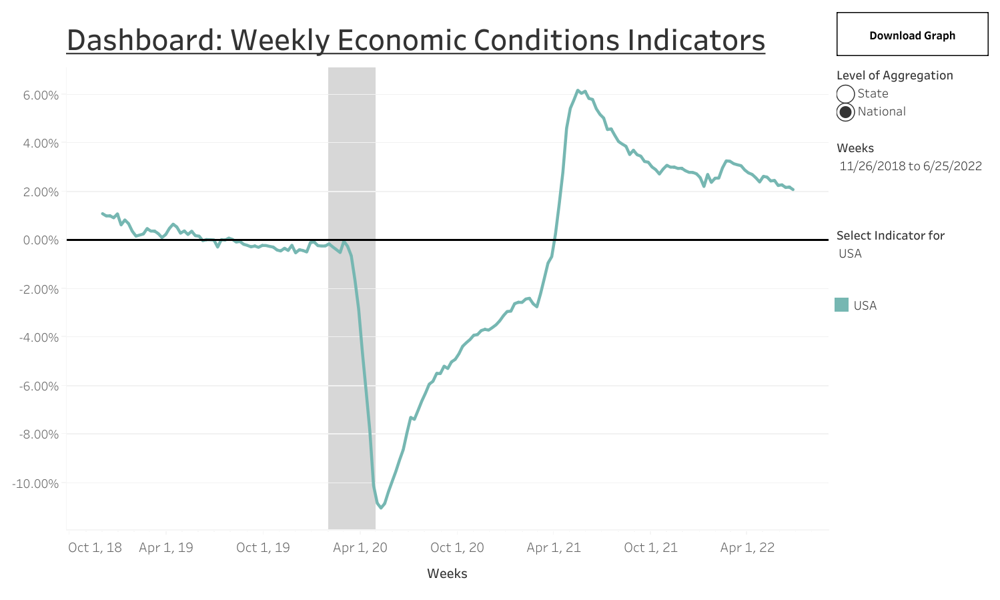 What do we conclude from the argument that the United States fell into a recession in the January-April time frame? I’m still (largely) questionable.