The first children’s climate experiment in US history is set in 2023, with 16 young people suing Montana

A lawsuit brought by 16 children against the state of Montana, which argues the state’s continued use of fossil fuels that the lawsuits have contributed to the climate crisis, will go to trial on June 12, 2023 and expire on June 23.

This will be the first climate trial for children in US history, which will see junior prosecutors arguing over how the state is violating their constitutional rights.

The lawsuit filed in March 2020 describes how children are more vulnerable to the effects of the climate crisis, stating that it “harms their physical and psychological health and safety, interferes with cultural and family foundations and safety, and causes economic deprivation.”

It also includes how each child has been personally affected by the climate crisis, such as how wildfires pose a threat to one with respiratory problems and another whose family relies on a river for their businesses that have dried up in years past.

The children are not looking for a lump sum of money, but if the court rules in their favour, the group wants the defendants’Bringing the state’s energy system into constitutional compliance,” states filing in March 2020.

The lawsuit, filed in March 2020, comes from 16 kids suing Montana for its continued use of fossil fuels that has contributed to the climate crisis.

The lawsuit includes details of each plaintiff, and describes how each plaintiff has been personally affected by the climate crisis.

For example, Ricky, who was 18 at the time of the introduction, included a story about her family’s cattle ranch.

One farm is the Powder River, which her family depends on to grow crops and hydrate livestock.

The river dried up in 2007, and then in the spring of 2017, abnormally high temperatures linked to the climate crisis caused the frozen river to melt at a rapid rate and flood, the suit says. 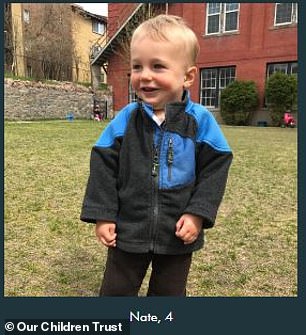 Ricky, who was 18 when she filed the lawsuit, says Montana is to blame for the drying up of a river that her parents depend on for their work. Nathaniel has respiratory problems and the document claims the climate crisis is increasing the wildfire season in Montana posing a threat to the health of the young boy 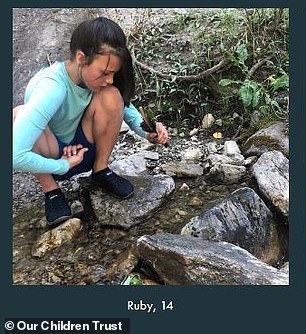 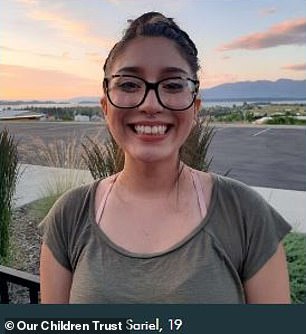 The latest development in the case is that it will go to trial on June 12, 2023, which will see all 16 children arguing about why Montana should be held responsible for the climate crisis.

The youngest member of the group, Nathaniel, was two years old at the time of the application – he is now four years old.

Nathaniel has respiratory problems that cause him frequent illnesses, and the document claims that the climate crisis is increasing the length and intensity of the Montana wildfire season, posing a threat to the young boy’s health.

The document goes on to explain that due to the increase in wildfires, Nathaniel spends most of his time indoors rather than being outside enjoying nature.

‘Preparations for trial have been going on for months and we are very excited to confirm the new trial dates next June,’ said Nate Bellinger, senior staff attorney at Our Children’s Trust and co-counsel for the young plaintiffs, in a statement Tuesday.

The kids aren’t looking for a lump sum, but if a court rules in their favour, the group wants the defendants to ‘bring the state’s energy system into constitutional compliance,’ as the March 2020 filing states. 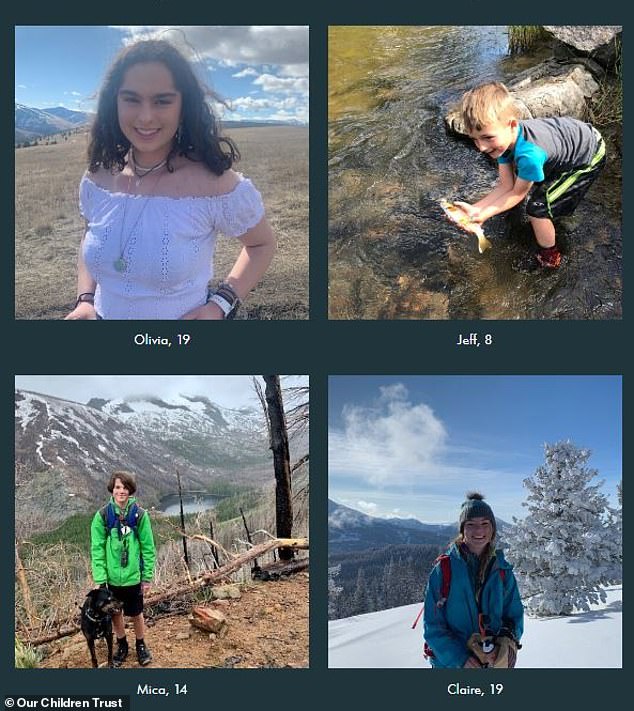 “I am anxious to have our day in court so that the voices of all the plaintiffs can be heard,” Mica (bottom left), now 14 and one of the young plaintiffs, said in a statement.

This trial will be a historic opportunity for these 16 young Montana residents and their experts to testify in open court about how the state of Montana’s historic and ongoing promotion of fossil fuels has caused serious injury to plaintiffs, and the urgent need for judicial intervention.

“With climate devastation escalating with each passing month, it has never been more for youth-led constitutional climate issues, such as this one, to have their day in court.”

“Next June, the eyes of the world will be on Montana,” he concluded.

The lawsuit alleges that Montana’s fossil fuel energy system is deteriorating and depleting the constitutionally protected resources of the public trust, including the atmosphere, rivers, lakes, fish and wildlife.

Micah, now 14 and one of the young plaintiffs, said in a statement: “I am eager to have our day in court so that the voices of all the plaintiffs can be heard.

Young people will suffer the most if Montana continues to promote fossil fuels and I hope our experience will help transform our future for the better.

Montana is rich in fossil fuels and renewable resources, but in 2021, coal-fired power plants produced 43 percent of Montana’s electricity, compared to hydroelectricity at 41 percent and wind energy at 12 percent, according to the U.S. Energy Information Administration (EIA).